Treat Your Light Bulbs Right and Maximise Their Lifespans 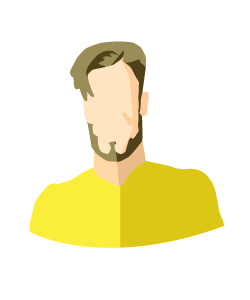 Treat Your Light Bulbs Right and Maximise Their Lifespans

Despite all the jokes, changing a lightbulb is one of those household tasks that most people can just about manage on their own without needing to call out an electrician. It can be a bit of annoyance, though, especially when you have things to do and a bulb suddenly blows when you enter a room.

Usually, you have no idea when it's going to happen, so you can't even plan around it or try to change the bulb before it's too late. What you can do, though, is try to maximise the lifespans of your light bulbs so you don't have to change them so often. Here are some ideas to help you.

Once it's on, keep it on

It isn't recommended that you leave your lights on all the time, since your electricity bills would skyrocket and you'd be wasting considerable amounts of power. But you can still avoid turning lights off when you don't need to.

When you switch a light on, the bulb receives a spike of power that causes the filament to heat up extremely quickly and to a high temperature. Over time, this will weaken it, causing it to eventually break. Switching a bulb on and off less often helps to extend its lifespan.

If you're going in and out of a room, don't turn the light off each time. Keeping it on instead reduces the strain on the bulb.

This only applies if you have dimmer switches fitted, but if you don't, it's definitely something worth considering.

Supplying less power to a light bulb extends its life by slowing down the process of it becoming weak. Turn the dimmer up only as much as you need, and you can make a bulb last longer. This also helps you reduce your energy consumption, which means lower bills.

Dimmer switches also let you slowly turn up the power when you switch on a light, which avoids damaging a bulb by supplying a sudden burst of power.

Be kind to your bulbs

Because they're so sensitive, bulbs can easily be damaged by movement and vibrations—especially when they're on, with the heat weakening the sensitive filament. Don't move lamps while they're on, and try to avoid having hanging lights in breezy areas where they might swing and sway.

Even vibrations in the walls, floors and ceilings can have an effect, so close doors gently, minimise the noise you make, and try not to stomp around. To learn more, contact an electrician.